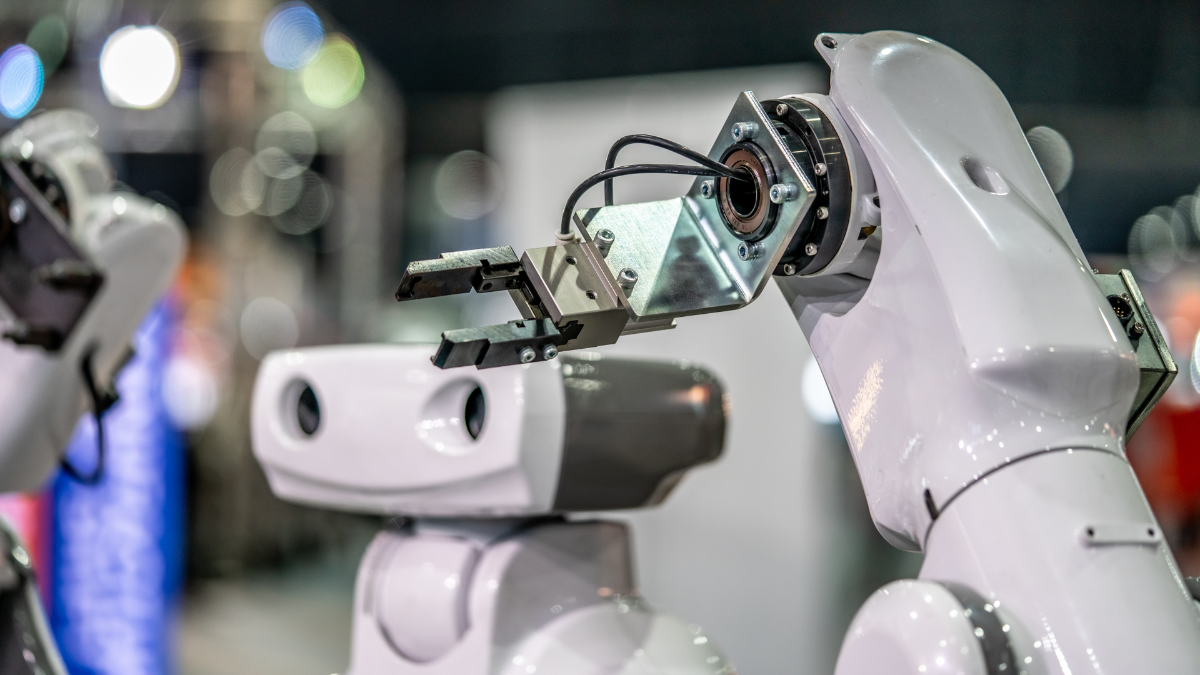 The role of humans in autonomous production

What still needs to be done in autonomous production?

Autonomous production manufactures highly individualized products in small batches or complex machines without human assistance, reliably, around the clock, with high throughput and at significantly lower unit costs than before. How close are we to this vision? And which role will humans play?

The difference between automated and autonomous manufacturing

Automated production is designed as a large “If, then…” logic. If a sensor delivers a certain value, an actuator will perform an action defined in advance to match it. The entire process is completely rule-based and relies on a complete set of information.Autonomous production differs in that the system recognizes unforeseen situations, assesses them, and can make an independent decision based on incomplete data. Autonomous production systems are thus able to plan and execute production and intervene in the event of malfunctions, as humans have done in the past.

In autonomous production, logistics and automated manufacturing equipment must be organized into a cyber-physical system, which in this context can be called a smart factory. This includes, for example, driverless transport systems, self-adjusting machines, sensors, cameras and, above all, an IT infrastructure that networks all these elements seamlessly and comprehensively with one another. This is the only way to achieve predictive and demand-adaptive production

AI has become the generic term for algorithms that are not based on “if-then” logics or physics. Most prominently, it is neural networks, on the basis of which self-learning systems for machine learning are currently being developed. Machine learning is the key technology of AI and models alone over the data created in the system. The individual AI building blocks solve specific tasks for which they are developed and trained. These are, first of all, all kinds of pattern recognition and processing. This is supported by an agent system that plans, executes and evaluates coordinating tasks.

In contrast to series production, where a great deal of effort can be put into manual optimization of the process, empirical values cannot be used for batch size 1. Software-controlled process simulations must be carried out to produce such a part. This in turn requires a continuous link between the real production data and physical simulation models.

In addition to collecting and processing any sensor data in the machines, sophisticated image processing is a mandatory prerequisite for autonomous production. It substitutes the human eye and observes the processes from the outside.

All systems involved in the process must be networked along the entire chain from order entry to production to delivery. At the same time, a decentralized IT infrastructure enables production decisions to be made in real time and, for example, the control of a robot to be written and adjusted in real time.

Transport and handling of parts within the factory must be handled by driverless transport systems.

Where is autonomous production today?

While the individual technologies are ready, there are still numerous challenges to implementing autonomous production. First and foremost is the challenge of providing high-quality data for training AI or machine learning. They must include all relevant production variables and correlations. The heterogeneous machine park poses a problem here. As Google made the transition from a manually maintained search directory for Internet searches to a crawler-based system, there has to be a reconsideration here as far as data structure and model are concerned. While some companies are already using all five of the technologies mentioned above in isolated instances and are working to wake up to them and roll them out further, some companies are still at the very beginning.

Who has the greatest need for autonomous production at this time?

Autonomous production is mandatory when the production system has become so complex that it is impossible to mentally anticipate and automate all relevant constellations. This is especially true for batch size 1 production and complex chemical and physical processes with hundreds of setting parameters.

What role will humans play in autonomous production?

Fully autonomous production should operate without the intervention and assistance of humans. However, this primarily concerns planning and decision-making. People will continue to work in factories together with machines. Work preparation and planning, though, will no longer be carried out by humans but by an AI. AI operators, in turn, who are analogous to the previous machine operators, monitor the entire system. This requires entirely new skilled professions. Furthermore, an AI is highly dependent on information and will therefore ask humans extensive questions, or have data labeled. Artificial intelligence will regard humans as the most important resource of autonomous manufacturing and will probably be able to prove this mathematically. Only in this way will it be possible to manufacture significantly more complex and technically sophisticated products, even in niches, at a significantly lower price.