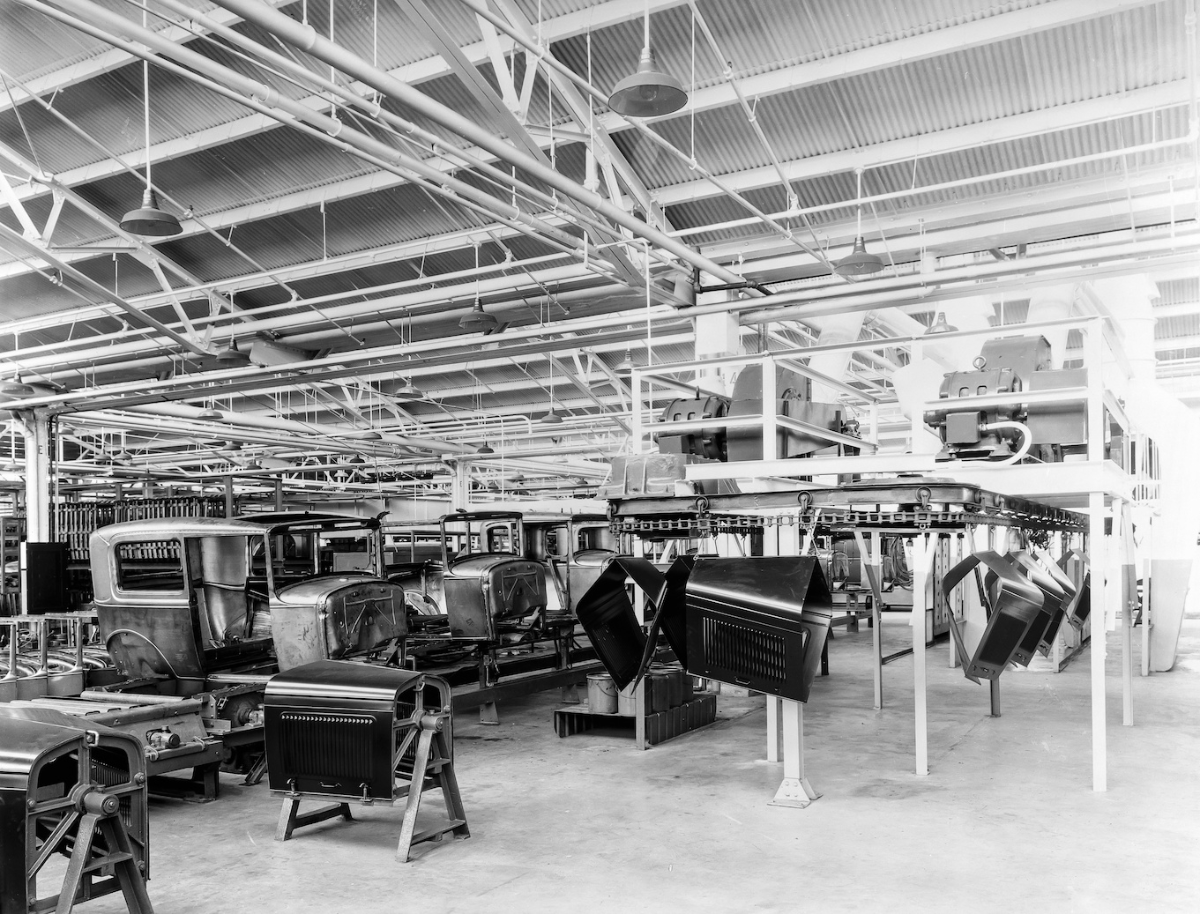 There are problems that are as old as industrialization itself

There are problems that are as old as industrialization itself.

Henry Ford, who was one of the first to consistently rely on assembly line car production, had a serious problem over 100 years ago. A novel generator did not work and his engineers were quite helpless. Ford finally asked Charles P. Steinmetz, a luminary in the field of electrodynamics, for help. Steinmetz was a German immigrant and friends with Einstein, Tesla and Edison, among others. According to tradition, he sat down in Ford’s production and watched the engineers go about their business. He paid special attention to the sounds of the generator. From time to time he took notes. After a few days he had a piece of chalk handed to him, climbed the generator and placed a cross. After a short time, the engineers reported that the problem had been solved and production was running smoothly again.

Ford, very relieved, received a bill a few days later, which it had in it. 10.000$. Ford demanded a cost breakdown and got it. Attaching a chalk cross: 1$. Know where to place the cross: 9,999$. Ford paid the overdelivery invoice without complaint. Once to the classification: 10.000$ corresponds today to approximately 300.000$.

The daily production of the Model T in particularly good times was 9000 pieces per day, which would correspond to today, roughly estimated, over 200,000$ loss of profits per day. This loss is achieved in today’s car factories by the way with band standstill in less than one hour.

Personally, I can’t imagine a person like Steinmetz using the hour of despair to make money. Rather, he will have simply made a very similar calculation. Value based prizing at its best.

This anecdote has become an integral part of every engineering joke collection. Steinmetz, in the modern version, becomes a cunning pensioner who, out of pure desperation, is once again called into the production department of his former employer to find a fault that occurs in an old plant with which none of the younger engineers is familiar.

Any engineer who has ever had to deal with such a problem can’t even laugh about it. I have seen seasoned engineers who, after 1.5 years of working for Daimler Task Force, have lost the shine in their eyes. They were broken and drawn for life because they simply couldn’t get a handle on a problem and at some point, in the face of loud information chaos and actionism, had no plan of anything. By the way, the management was also powerless. What should you do if even the engineers who have been working with the technology for years can no longer fix it? Analogous to Ford, of course, a Steinmetz was sought, but unfortunately the story did not end as in the anecdote. The problem was more complex. With the political dimension of the whole, no Steinmetz would have saved it. At some point everything was simply swept under the carpet, copied and switched to another technology.

What can you do if you depend on the creativity, training and ingenuity of your staff, but that is not enough to master the technology? Either you invest more in personnel and hope, as you have for 100 years, that somehow the engineers or a Steinmetz will fix it, or you invest in artificial intelligence that scales very easily.

With the METRIC Framework it is possible to analyze the causes of errors. Are there bubbles on a foil? Simply connect the machine, an additional camera and a moisture sensor to Drift, and after a few days of data recording, statistically valid statements can be made as to whether and how there is a relationship between the parameters and the film properties.

Most persistent problems are combinations and interactions of influences that are very difficult for engineers to break down, especially if they occur only sporadically. It is then simply accepted that there is a certain scrap rate in manufacturing, including management hassle, that can’t think of anything better than hanging large monitors in the production hall to visualize the real-time KPIs. Among engineers there is the Pareto parable of problem solving: 80% of problem solving consists of understanding the problem, or more strikingly: problem recognized, problem averted.

If you are convinced that these kinds of problems should not and must not be left to the sole ability of engineers, and that these problems can destroy a considerable part of the added value and that dormant problems can trigger existential crises at any time when new technologies are introduced, you should perhaps invest in artificial intelligence before you need a Steinmetz. AI is not a miracle and panacea here; it is simply a name for a technology that makes it possible to solve these kinds of problems purely data driven.

Since the beginning of industrialization, problems that appear everywhere, large and small, that seem to have been accepted and arranged, can now be solved systematically and without a Steinmetz stroke of genius or complex simulation tools. We at PANDA call the time after the widespread introduction of AI in production Beyond Productivity.