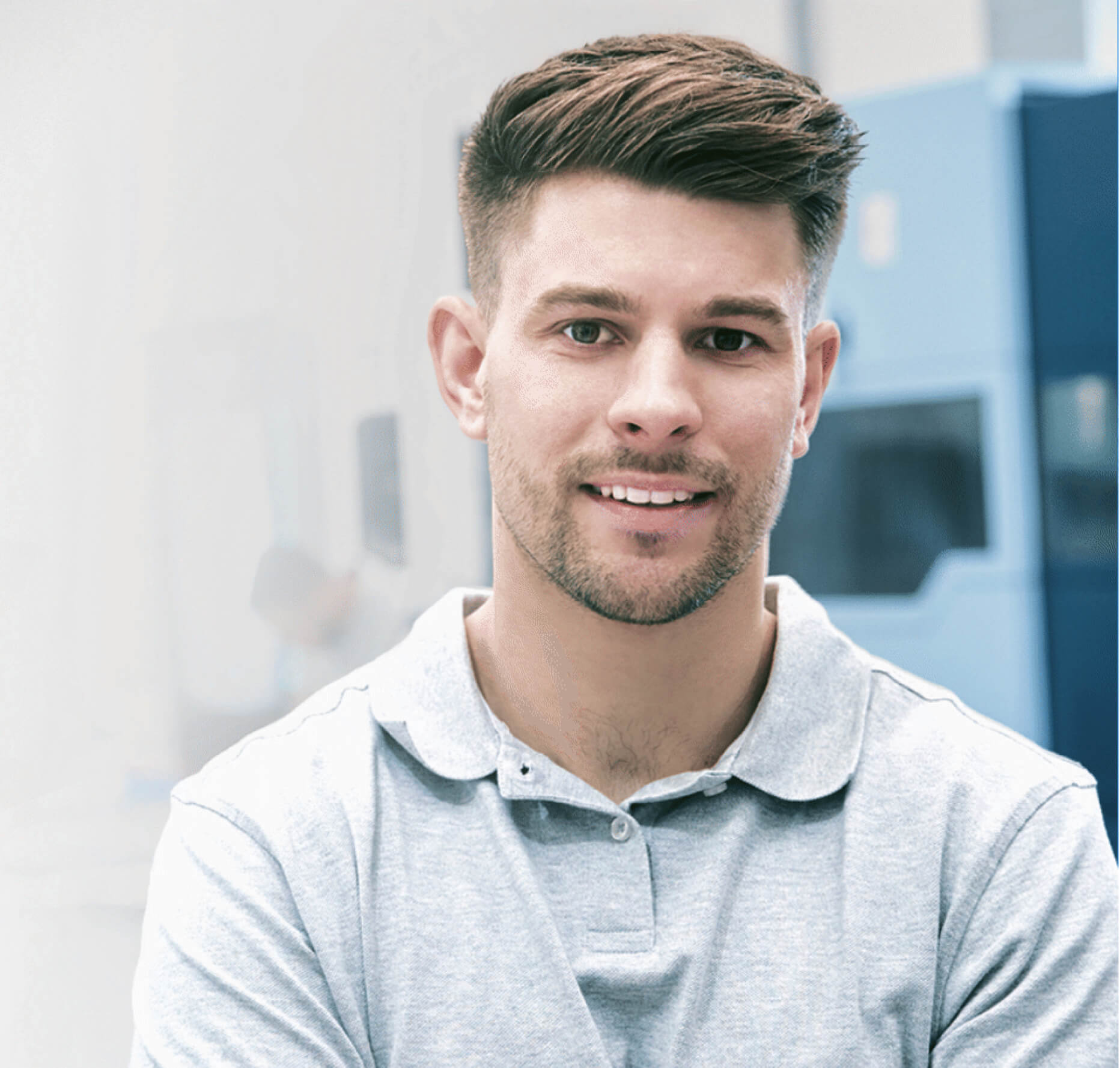 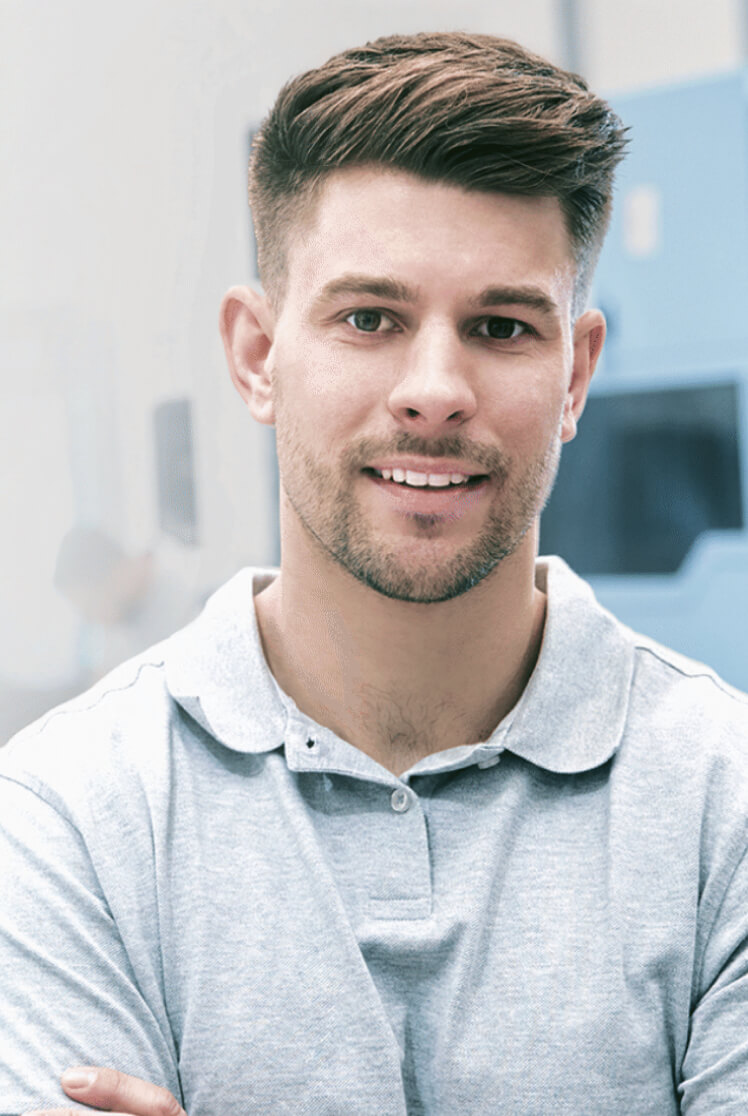 With PANDA, you shall address key issues of your industrial production lines:

Whatever your particular need may look like: you will require machine and sensor data fit to be used at once.
You will need those data assembled in a homogenous fashion - available to you and your algorithms.
And you will demand those data to be locally stored on an edge device. Machine and sensor data clogging your factory networks would be similar to a successful operation with the patient dying as a consequence. 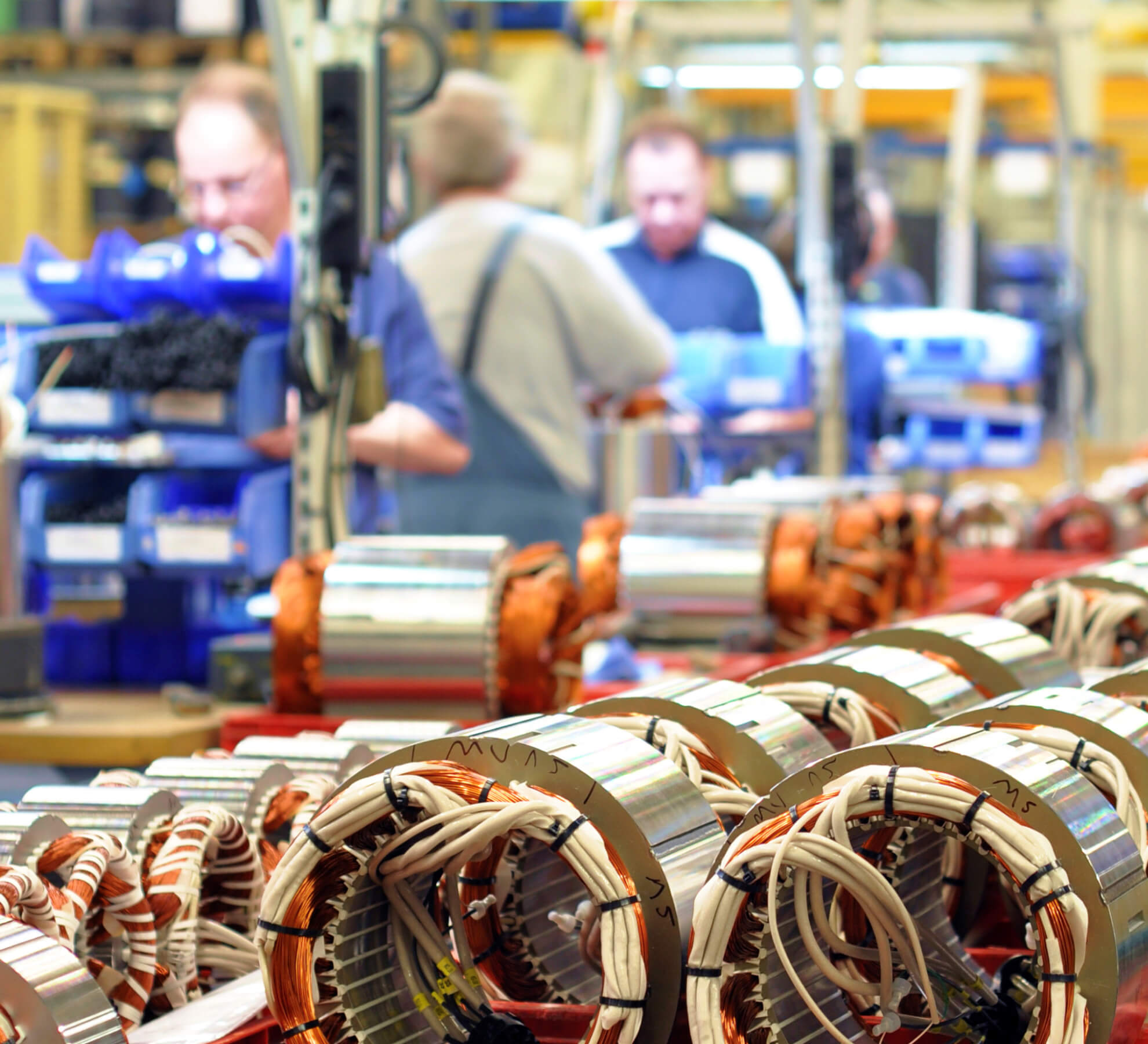 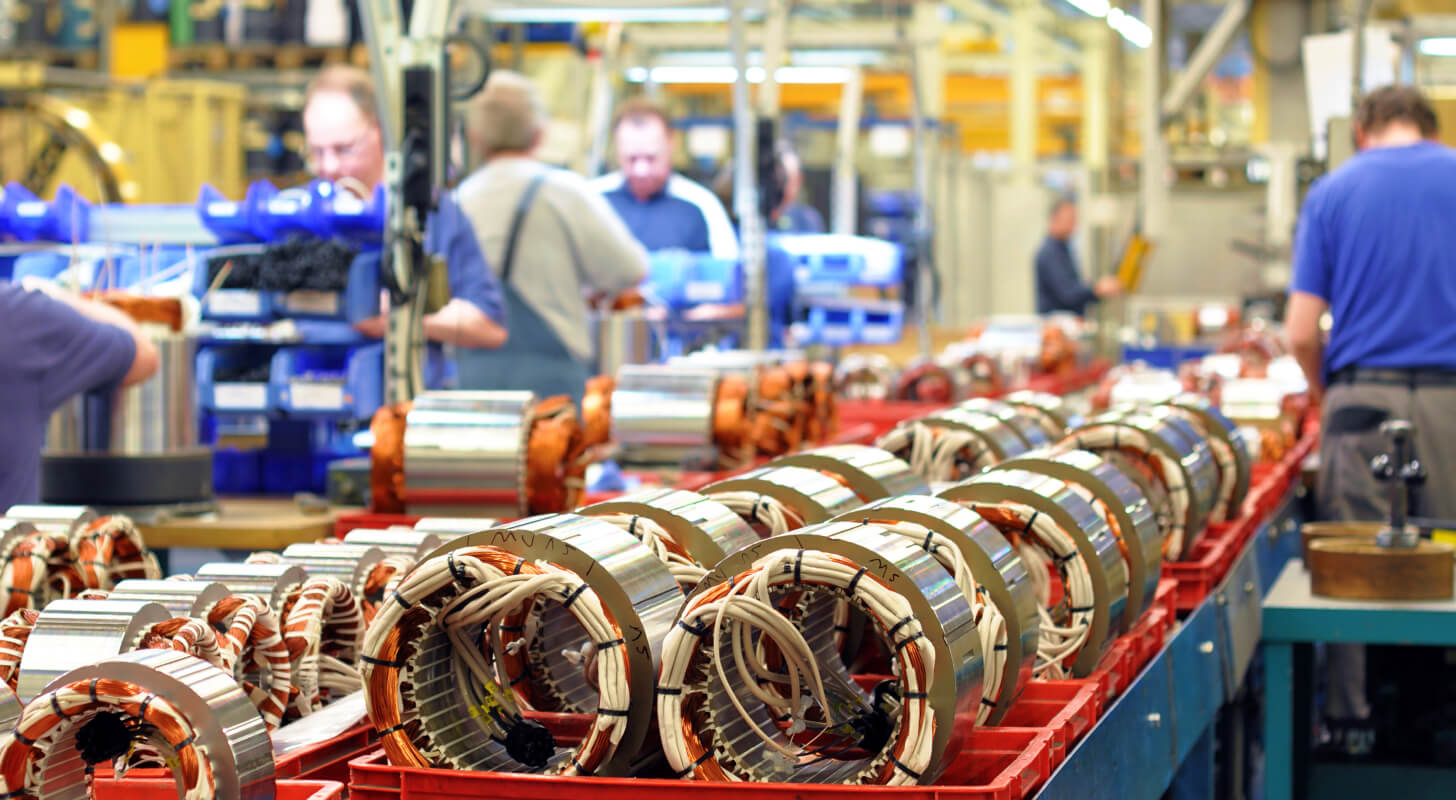 Automated quality assurance is cool – in theory. It will only provide adequate ROIs if relevant machine and sensor data are available and if those data are being displayed in a way that meets the purpose of the whole exercise. We have ample experience matching hardware, software and AI. For one thing is clear: Your investment should not exceed the engendered savings. That’s why we only deploy AI, if the issues can’t be solved without machine learning.

Detect wear at an early stage

Although wear sets in slowly, it is usually only detected, when plants come to a standstill or if the quality of the products deteriorates. From an economic point of view, mechanical machining and energy-intensive processes are particularly suited for early wear detection. 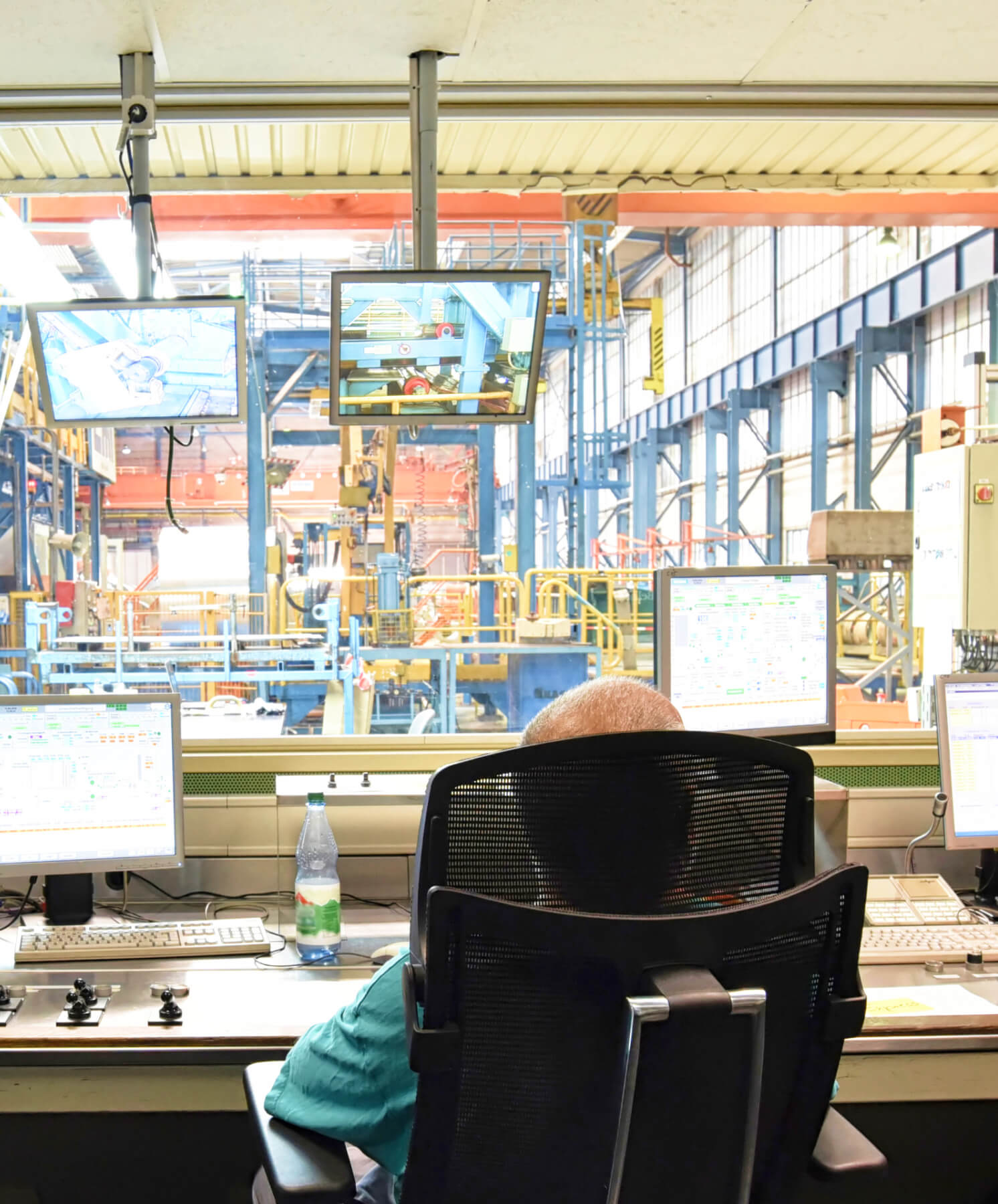 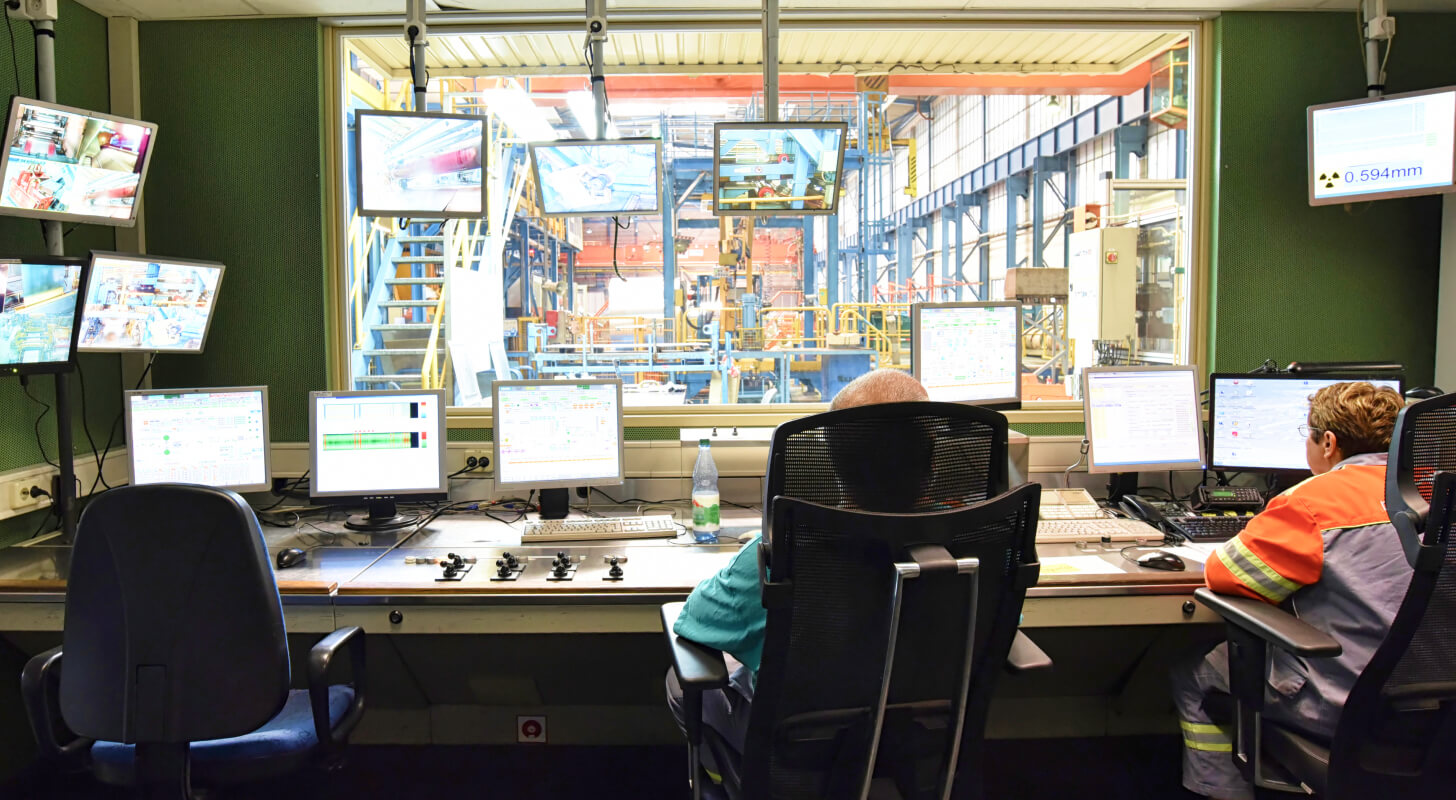 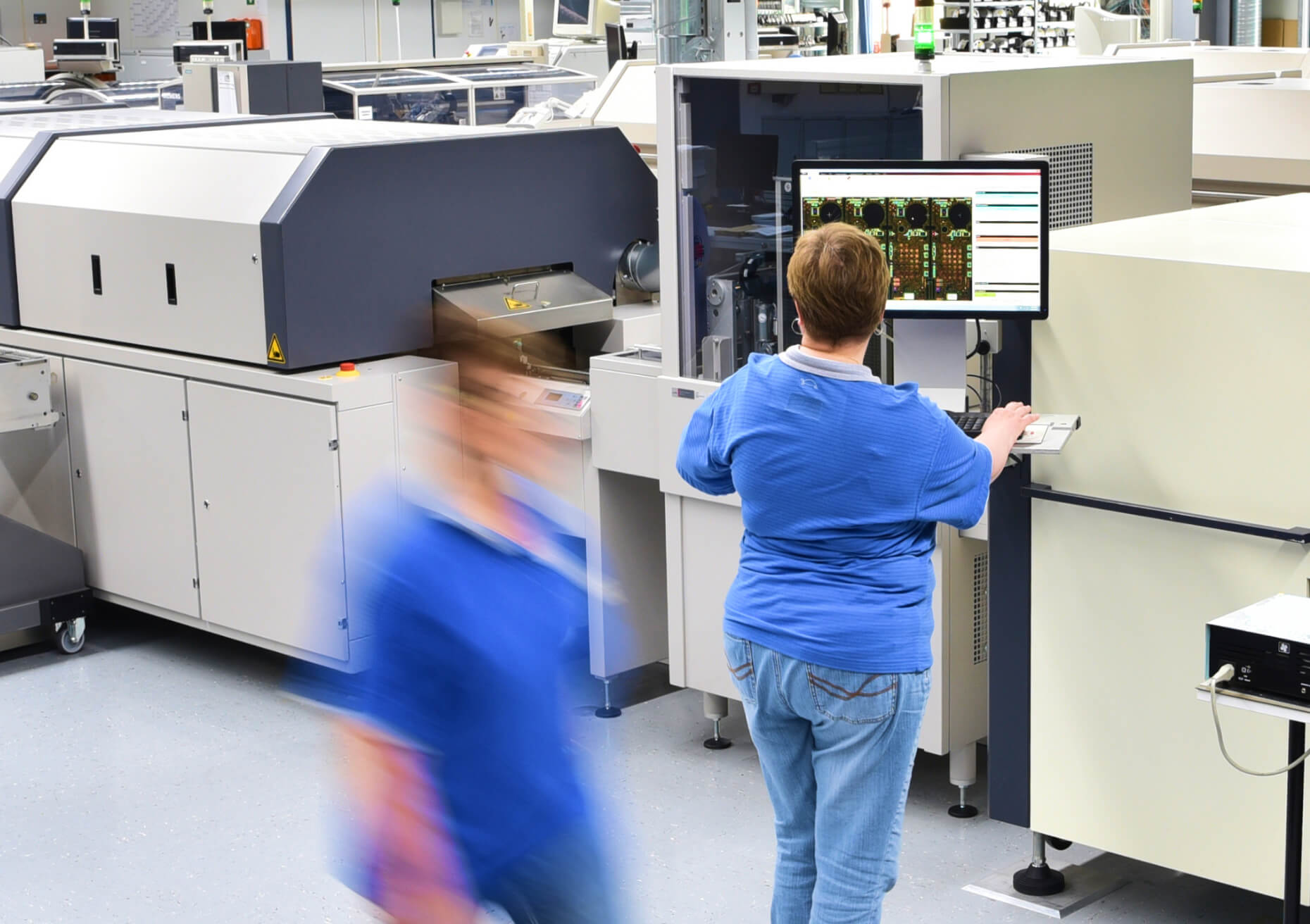 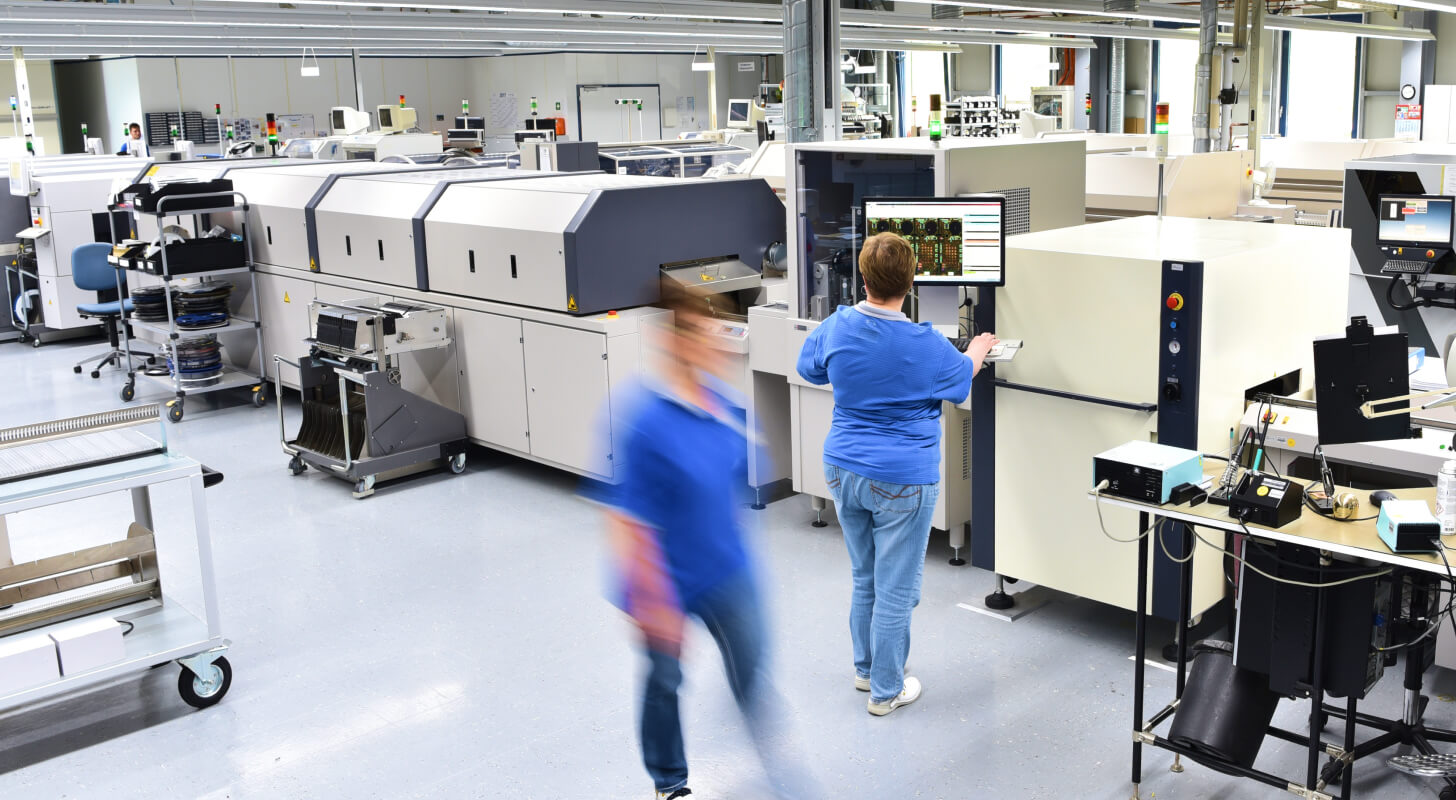 A wide variety of products, complex physical and chemical processes, and fluctuating material properties often make it difficult to properly adjust machines over a longer period. Data analysis can reveal correlations between settings and defects and may thus uncover a range of opportunities for improvement.

New types of equipment are often affected by teething problems, the causes of which are not always clear. As a result, the start of series production will be delayed. Process and machine capability analyses with cameras and machine data will help with the commissioning of new production lines. 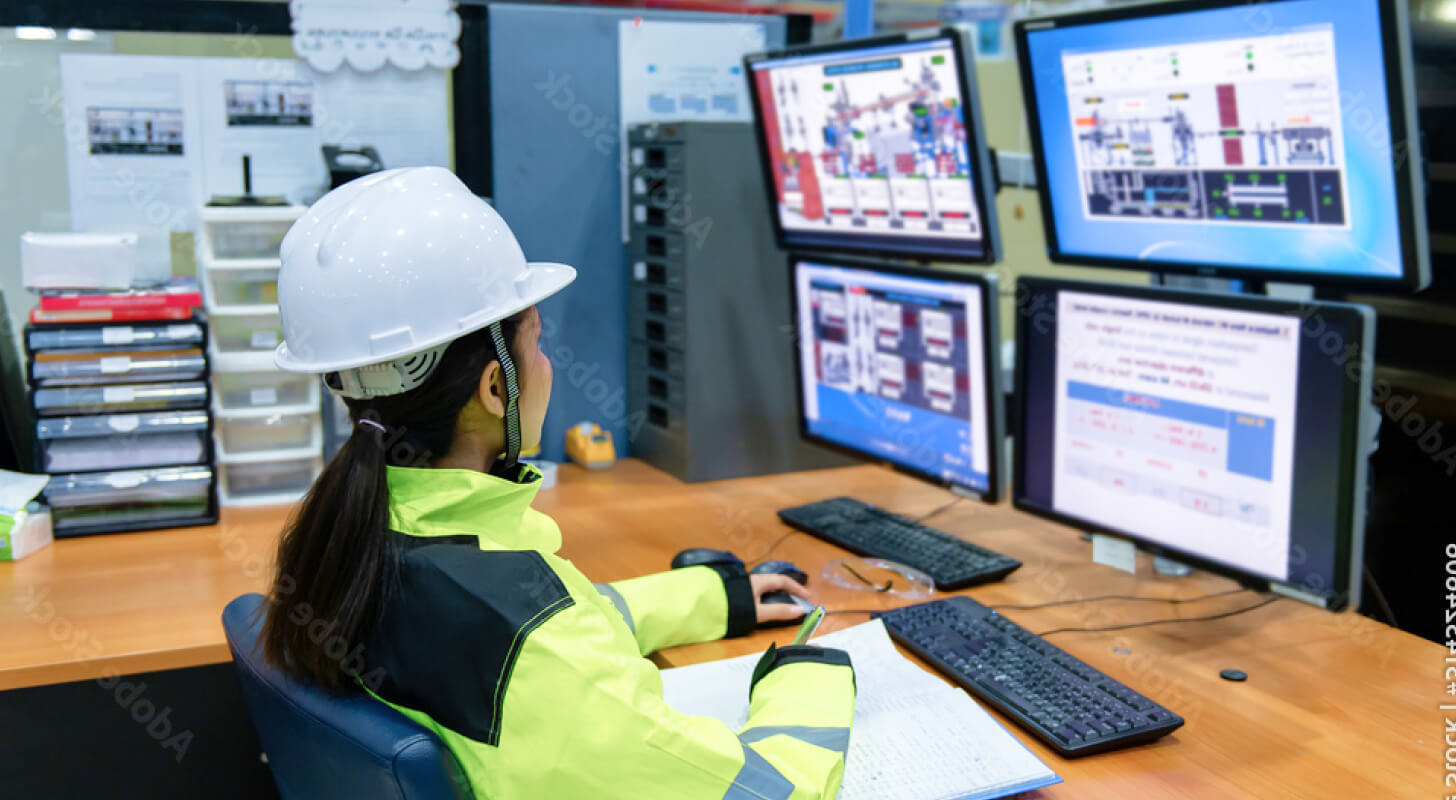 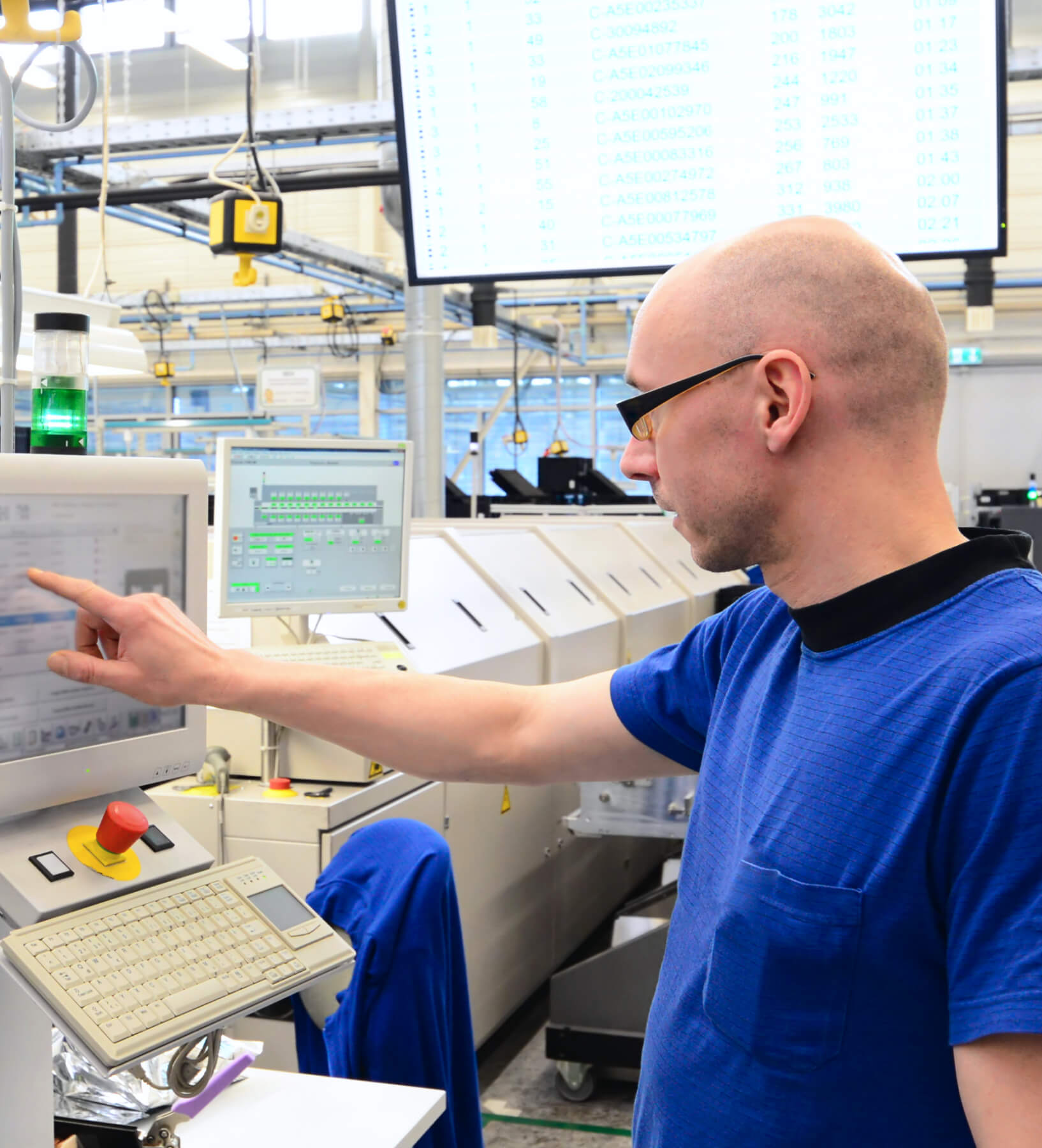 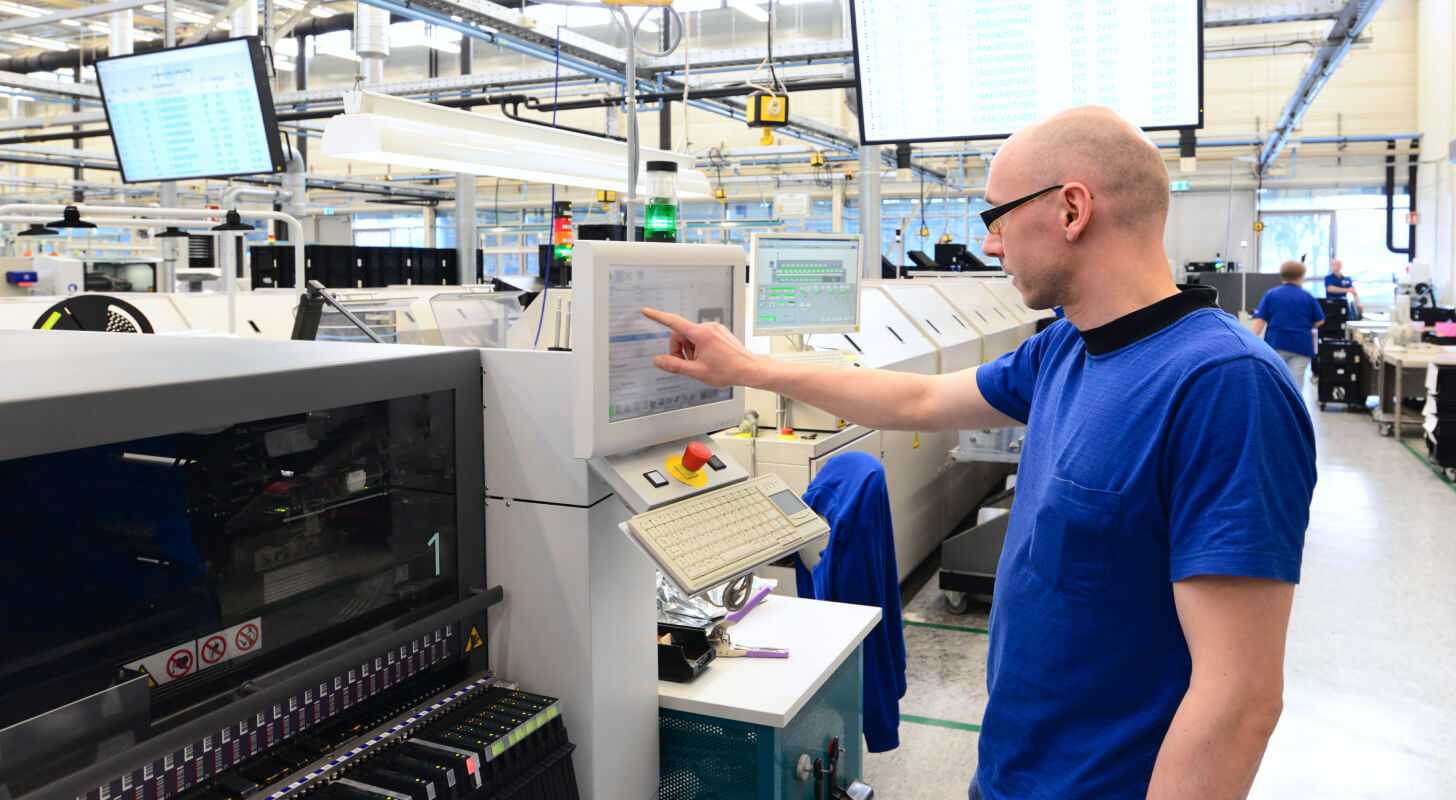 Enabling and disabling machine settings often leads to lengthy discussions among employees. With PANDA | IDI, the data setting of your machines becomes transparent and thus helps to bring about a better understanding how to set your machines.

The circumstances of machine downtimes and shutdown actions are usually difficult to reconstruct from handwritten logs. With PANDA’s comprehensive IDI data recording, malfunctions can be systematically detected. Algorithms deployed on those data will then be able to gradually understand the root causes, and anticipate or even prevent them from appearing in the first place. 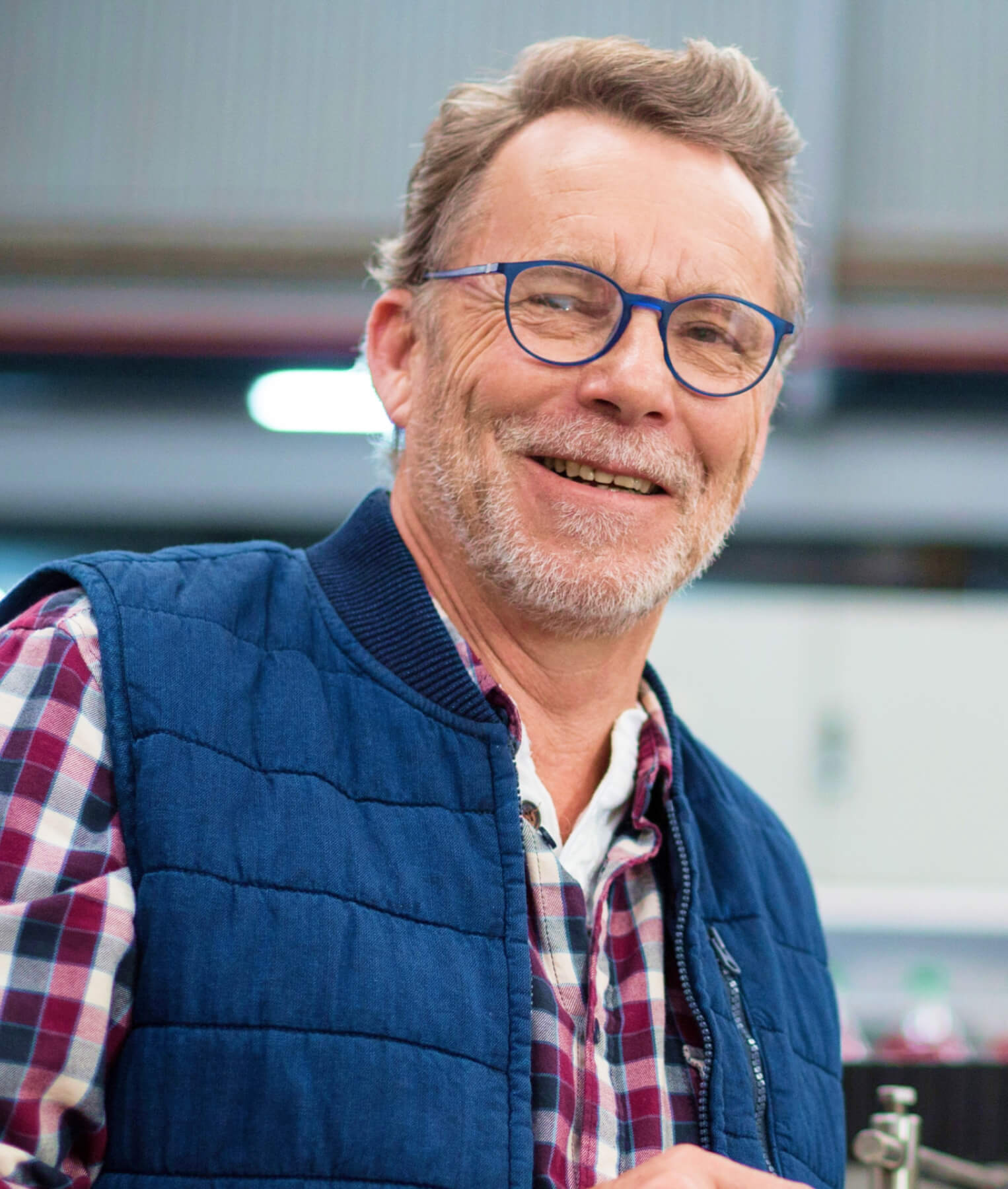 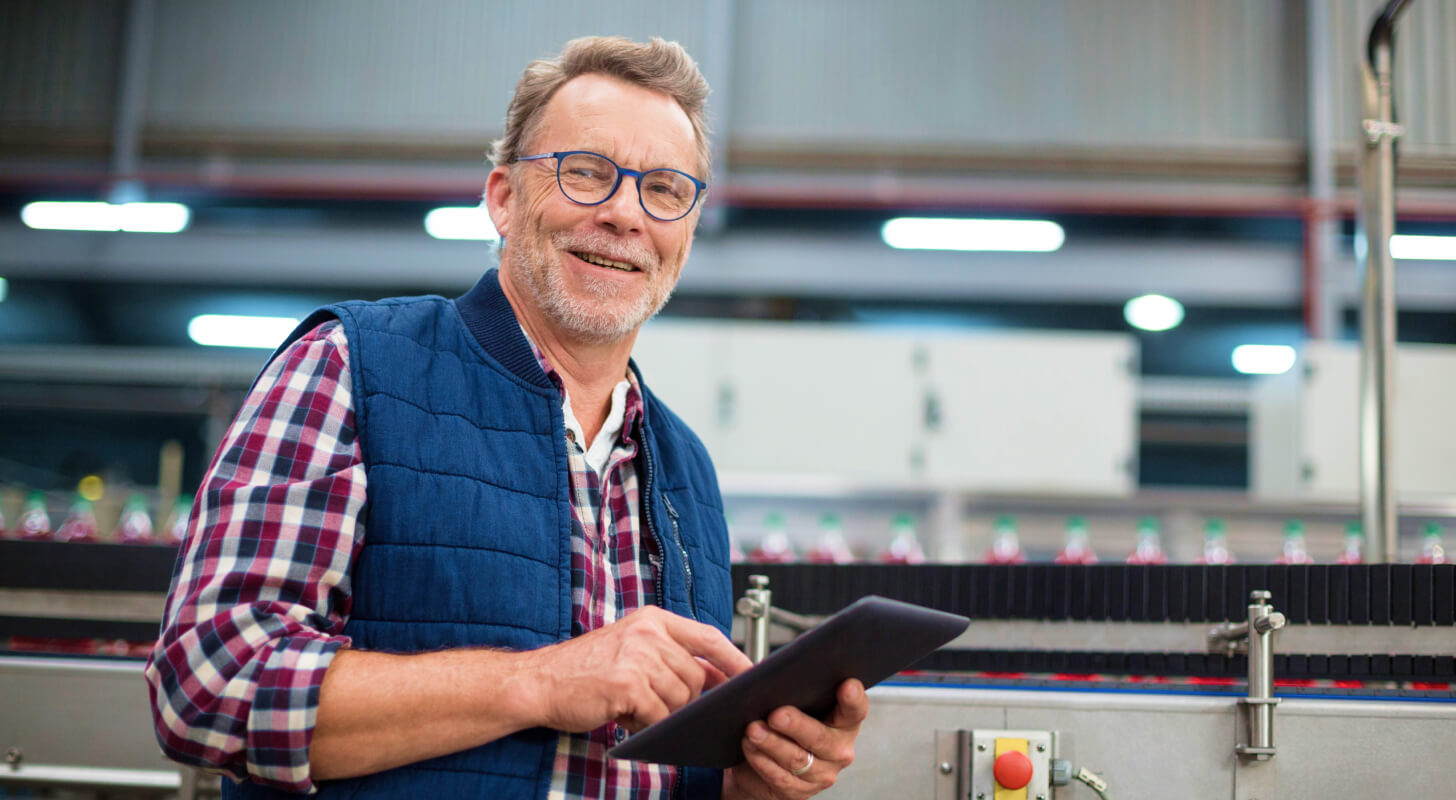 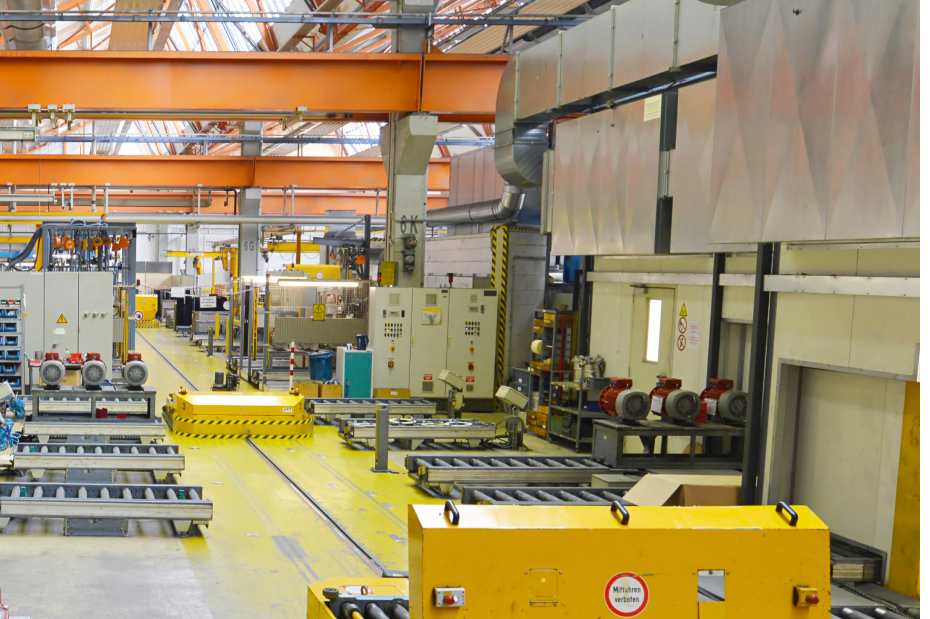 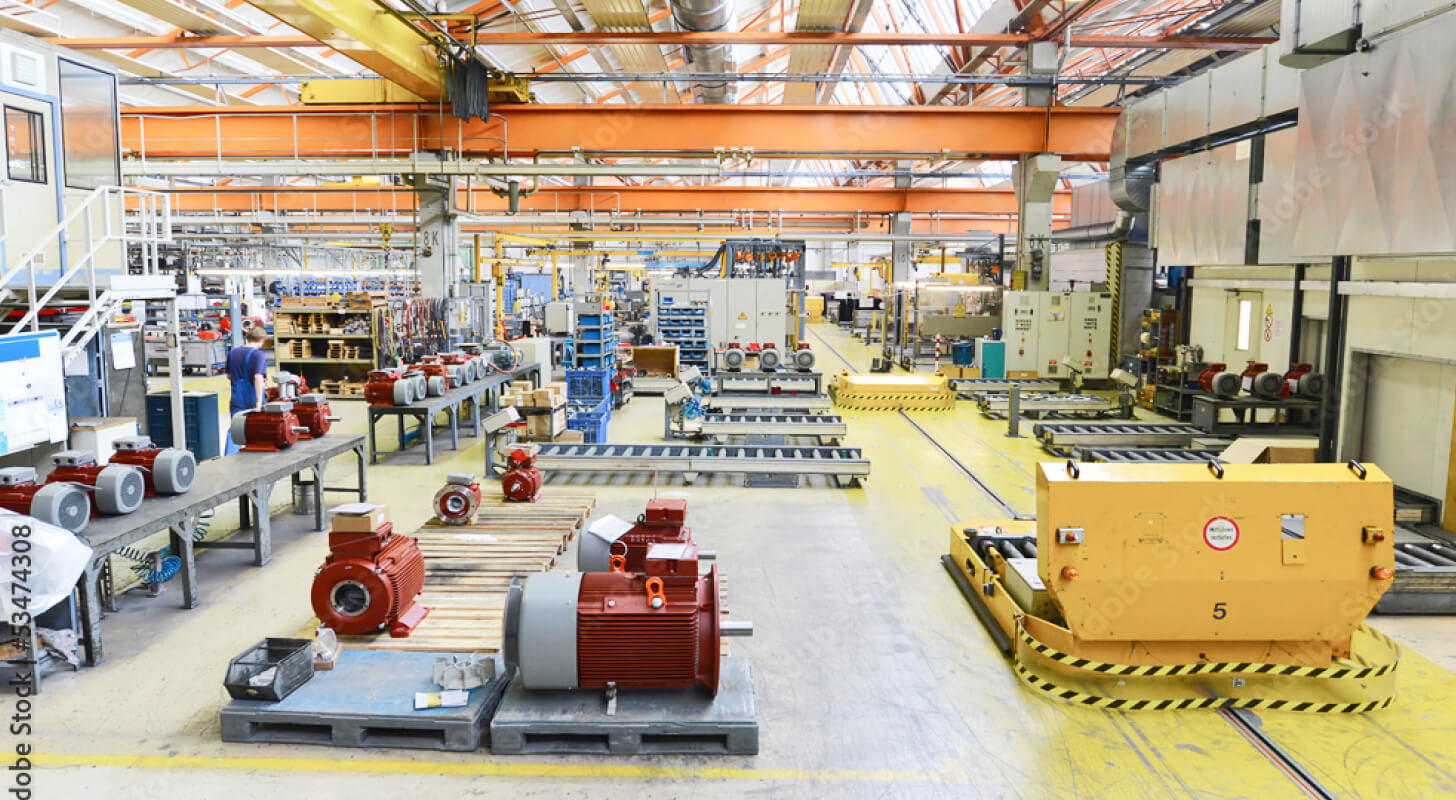 KPIs can help improve your production from a strategic and long-term perspective. The correct collection of KPIs often requires manual work. PANDA | IDI will significantly speed up this process.

A company in the automotive industry found itself in a dilemma. It was offered a new process device that would provide a significant competitive advantage. A first integration in the prototype production was also very promising. The sales department used this new technology as a joker in negotiations for a large order, thus outpacing the competition. However, it then became apparent that the technology was not really tested or mastered. Warnings of experienced technicians were ignored. Normally, the company uses such technology for much smaller series projects. It is brought to maturity step by step after successful pre - testing. However, a return to the old process would have eaten up half the EBIT. The SOP was fixed, and a decision was urgently needed.

Within a few days, PANDA and the manufacturer supplied the new devices with sensors and completely checked the process capability using PANDA's algorithms. Piece by piece within the following weeks the problems were understood, solved and the process capability was proven. Knowing what to do and how to do it, rather than guessing what the problem mightconsist of, became the motto of the entire project.

An customer's employee was very proficient in the operation and automation of Excel with VBA.  Owing to 15 years of domain experience, he was the data expert of the company and internally referred to as the "Pope of Process". PANDA agreed to integrate a solution very close to Excel. Excel works very well for simple spreadsheets and small data sets, but both are usually not available for AI applications. There were some communication difficulties as to whether or not the possibilities should be artificially limited by the limitations of Excel and to what extent a cloud connection should be used. For instance, neither realtime data, nor images, vibration profiles etc. can be processed in Excel in a meaningful way. It all seemed to come down to a big, lengthy and expensive compromise and the project came to a standstill.

PANDA finally invited the employee to an internal, one-week AI crash course, which is normally only available to new PANDA employees. The Pope of Process finally told the management that if you only have one hammer, everything looks like a nail, and that he now had a whole new idea of this "AI thing", which was just mathematics. Within a few weeks, to the amazement of all involved, the Pope of Process integrated PANDA's algorithms into his Excel solution single-handedly, with a little help from Python and a working student.

A company was faced with the challenge of renewing a 20-year-old plant that had been running very productively for a long time. Recently though, it ran into frequent problems with product quality, resulting in long downtimes and complicated maintenance. Since the documentation was no longer comprehensive and the manufacturer no longer existed in its original form,  PANDA was asked to record the essential process data and prepare them for a requirement specification for a new plant. However, things turned out differently. The analysis revealed a very large potential for optimization. The knowledge of the exact functionality and the setting parameters apparently disappeared over the years. The analysis displayed how two minor changes led to considerable wear and tear, which time and again caused product defects and resulted in costly downtime and repairs.

The frequent events originally prompted the company to completely replace the plant. It appeared to have reached the end of its service life. Even  elaborate mechanics for quick maintenance no longer seemed to help. However, the suppliers found it difficult to provide alternative mechatronic offers. Ultimately, PANDA was able to help: A joint effort of PANDA, a trusted engineering firm and the company's maintenance department helped to eliminate the signs of wear at the root and to restore the plant to its original productivity level by resetting its parameters. The investment budget already reserved could partially be employed to automate the end line.

Be prepared for the unexpected

A load cell had already been used on a deformation process in order to switch-off the bonding technique. With the help of PANDA, all power-way courses of the project had been completely monitored. Additionally, the electricity profiles of the actuators had been tapped of the rectifiers and supervised as well. Furthermore, additional vibration sensors were applied, since the plant had been heavily overbearing. The goal was an improved bonding technique.

After a while significantly increased electricity consumptions appeared in the actuators. The other signals where unobtrusive at first glance. A check-up displayed no attrition on the engine.l. However,  later on significant impact arose on the power-way curves, without threatening to impair the quality of the component.

After another week of monitoring, the drift increased. In the end, a thorough local inspection showed, that the fundament had unilaterally dropped and that the whole apparatus was now energized. The plant was repositioned over night. A measurement revealed that no plastic deformations had occurred and the production could now proceed. Within four weeks the machine was repositioned to a vibratory storage.

The goal of this project had been the quality control and optimization of the bonding technique. In the end, savings of about 15,000€ worth of apparatus had been secured and only minimal loss of production without loss of quality needed to be faced in future. This was the first time, the task force didn't just gather the shards, but rather avert a significant problem proactively.

"Nothing out of order" is an important information

A manufacturer had trouble producing on his usual quality level. With PANDA's help, new quality criteria were set and sensors were applied. During a workshop it became apparent, that the moisture content of primer and other values as layer thickness and color, that had to be sensored yet, may cause blisters. In total, the plant was monitored for forty process variables in real-time. as well as for twenty tuning parameters that the specialist had used mostly for rectifying errors.

An analysis of the data revealed no significant correlations between 80% of these parameters and the quality level. An additional sensor though  displayed the influencing variables, as specialists had already assumed. As it turned out, the quality problems could be attributed to variations induced by an external supplier. Adjusted parameters marginally improved or worsened the quality at random. Confronted with these numbers and facts the external supplier was open to a discussion. New quality standards were agreed upon and an outgoing goods control was established.

A company was challenged by founding a second settlement. The technical executive feared, that the smooth process flow in the main settlement might be disturbed, if he couldn't reach out personally to his specialists on a daily basis. There were also doubts, whether the well attuned team might suffer due to the company's growth. In the span of three months, PANDA modelled the whole production hall in 3D. After another three months, sensor data relevant to the machines were gradually added.

As it turned out, the essential advantage of this digitization process was the real-time observation of the plant via Skype: communication was significantly improved and faciliated. The project was extended to also cover the new settlement. Based on this  inter-site digitization insights, a remote MES system was set-up by the technical chief executive.

may we help you?
PANDA is an exceptionally experienced and skilled team of mechanical engineers and data scientists. We love our job. And we love solving industrial challenges related to data, AI and IIoT.  So, please don’t be shy and ask in case you are in need of some pressing or even not so pressing answers. We also love to be of help.
Contact PANDA
Any questions about
industrial AI ? Click the
link or Scan the code
to chat with us
+49 160 7118233‬ 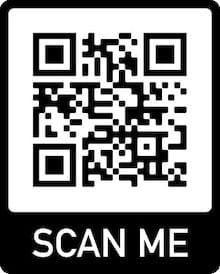 We do not only optimize production processes, but also our website! For this, we use tools such as cookies for analysis and marketing purposes. You can change your cookie settings at any time. Information and Settings
DenyAccept