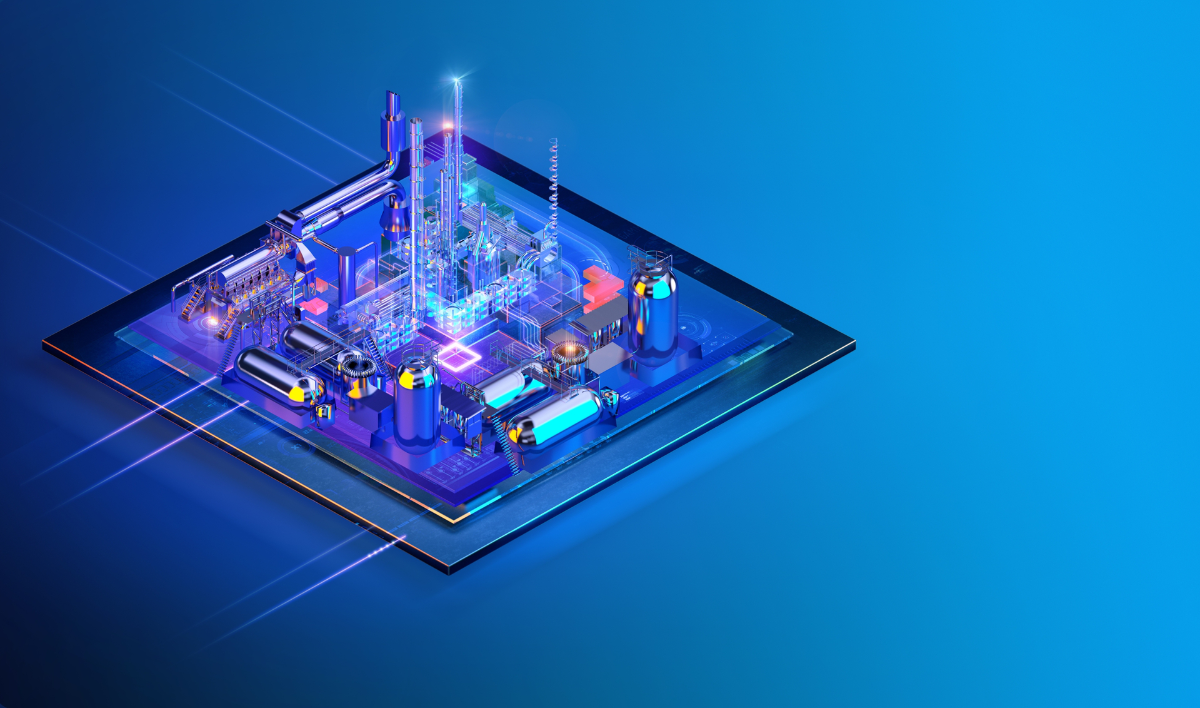 What is a Smart Factory ...

The Smart Factory is a self-organizing, automated production.

Have factories not been smart before?

Until now, machines have been designed to be sophisticated rather than intelligent. Every little detail and process has been planned and implemented by humans. Automation evolved from mechanical gears to electronic sequence programs with simple but branched if-then relationships to dynamic control strategies, e.g., a PID or state controller, that electronically compensate for unevenness or disturbance variables. “Smart” refers to any other form of such mechanisms that also bring intelligence into the factory. However, this is not about manufacturing-specific technologies.

What is new about a Smart Factory?

Until now, it has been people who have brought intelligence and organization to manufacturing, while most of the value creation has already been done by machines. In a “Smart Factory”, the essential support process is now also automated. This is achieved by processing not only the products that are created in a manufacturing facility, but also all the information involved in an automated manner via software. In turn, the result of the processing has a direct impact on the production and development of products.

Is a smart factory better?

A manufacturing company is not necessarily more successful just because the factory is smart. It is the adaptability to fluctuating material quality, the prevention of previously unpredictable events, and the possibility for rapid product changes according to changing market situations that is increased. This adaptability ensures success, but not intelligence per se. The term “smart” describes a successfully applied intelligence in this context.

Artificial intelligence (AI) is the obvious way to go to make factories smart. It is the mathematical imitation of cognitive information processing that can be used to substitute for all information-processing activities that humans have previously performed. However, it can also be used for problems that cannot be handled cognitively by humans without considerable effort. Just as machines can already apply arbitrarily large forming forces by means of dimensioning, an AI can process any amount of complex information in seconds by means of computing power. AI can also be used for automated optimization in the sense of balancing out disturbance variables or extended diagnostics for problems that do not conform to everyday life with previous rule-based warning and fault messages. For the use of artificial intelligence, however, the information must first be digitalized and networked. The digitalization and networking of information are therefore key differentiators between a smart factory and a previous factory.

While automation systems still have a minimal code base in the sense of block diagrams, the introduction of driverless goods transport with automatic route finding, for example, results in an information technology system whose complexity in development equals that of the mechanics and electrics of a machine. With such a balance of the development effort and with mutual design influence of software and hardware one speaks of a cyber-physical system (CPS). A smart factory can therefore also be regarded as a CPS in its entirety, although individual machines such as robots, vehicles and aircraft are typically regarded as CPSs.

A smart factory refers exclusively to the factory, i.e. a place where raw materials and semi-finished products are transformed into products. Industry, on the other hand, is a larger subject. The “4.0” generally refers to the implementation of software in what was previously a very materially oriented industry. What is meant is the same as for CPS. The proportion of software, measured in terms of total effort, is rising to a comparable level and IT is therefore necessarily becoming a core competence. Unlike a CPS, however, the assumption here is not explicitly of a highly integrated, symbiotic combination of hardware and software, but rather of an add-on with which factories can be upgraded to implement new features and eliminate bugs, as is common with software updates. The software aspect essentially refers to the component of networking in triad with the digitization of information and its processing, so that it is often more a matter of topics relating to the standardization of data models and communication protocols as well as the construction of network architectures up to and including the cloud.

While Industry 4.0 still deals with networking in general and across the board, Industrial Internet of Things (IIOT) describes the direct networking of machines via the Internet, i.e., as a share all direct participants of the Internet that do not represent software running in data centers or devices actively used by humans. While the topic of manufacturing is traditionally thought of within a factory wall, IIOT aims to look at the entire value chain, which can be distributed across multiple factories and companies.

An ERP system (Enterprise Resource Planning), which is often represented by products from SAP, automates the business processes, i.e. all aspects of the manufacturing processes in a factory. A Smart Factory cannot do without a connection and continuity to these systems, without them having to take over central functions of a Smart Factory here. The ERP is both an information supplier and an addressee, for example, for the automated creation of maintenance plans and tickets.

An MES (Manufacturing Execution System) provides automated order control and machine utilization. The logistics processes are merged with the manufacturing processes of a factory and the process control is centralized. A smart factory cannot do without intelligence for logistics, for which an MES provides a platform. In addition to control, an MES is also used in part to aggregate data from the plants.

The PLC (programmable logic controller) executes rule-based automation. Actuators are controlled based on sensor inputs. Much information from direct manufacturing, though far from all, is already available here. Unlike ERP and MES, it is not a support process, but provides direct value creation. However, the PLC is not the sole supplier of information. Data on product quality is usually not available in the automation data and must be additionally collected inline or automatically entered from laboratory data.

A Smart Factory usually requires rigorous planning and requires extensive IT expertise. The modular PANDA|DRIFT system represents a platform for running Artificial Intelligence directly in the factory, which can be used to optimize every single manufacturing step. In addition to the components of digitization of sensor data and artificial intelligence algorithms, it is based on the principles and standards of Industry 4.0 and in this way communicates seamlessly with other components of a smart factory such as an ERP, PLC and MES, which do not offer platforms for running AI in real time.